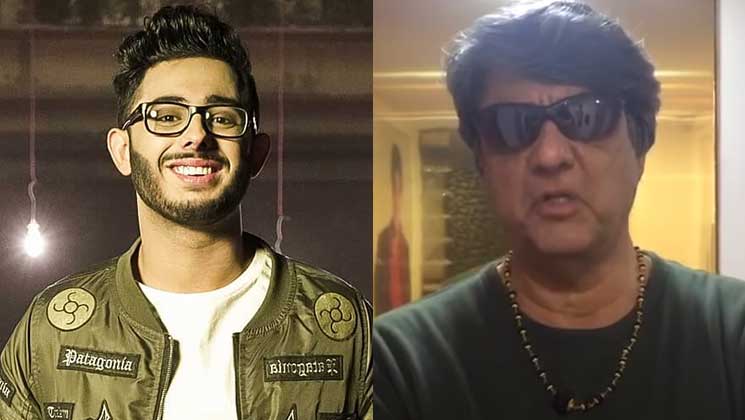 Since few days, YouTuber CarryMinati (real name is Ajey Nagar) and TikToker Amir Siddiqui have been grabbing the headlines for all the wrong reasons. It all started with a video by Amir Siddiqui where he called out YouTubers. In his video, Siddiqui not only compared both the mediums also said that the unity of the TikTok community is more than the YouTubers. He even went on accusing YouTubers of plagiarising TikTok content. This didn’t go well with CarryMinati and he roasted Amir in his video using cuss words that allegedly crossed the line. The video of CurryMinati was later removed after being reported for harassment and cyberbullying.

Celebs like Himansh Kohli and Ashish Chanchlani came in support of CurryMinati. Now, Mukesh Khanna has also spoken in favour of him.

Mukesh appeared in a video on his Bheeshm International’s YouTube channel (Producers of Shaktimaan) and said, “His video has been deleted, which is wrong as per my opinion. If videos have to be deleted, then delete all those videos that are problematic.”

But Mukesh Khanna also gave an advice to the YouTuber. He said, “Choose your words and sentences properly. Don’t use words and sentences that hurt people’s sentiments. I want to tell CarryMinati that people support you and love you, which is why the selection of proper words is important. Sometimes, just because of the poor choice of words, we are proven wrong despite being right.”

You can watch the video here.

For more such updates, stay tuned to this space.

Dr KT Jaleel/Facebook The Kerala gold smuggling case has been one of the major scandals revealed in 2020, and is still being probed by the NIA. Recently, Higher Education minister KT Jaleel was asso
Read More