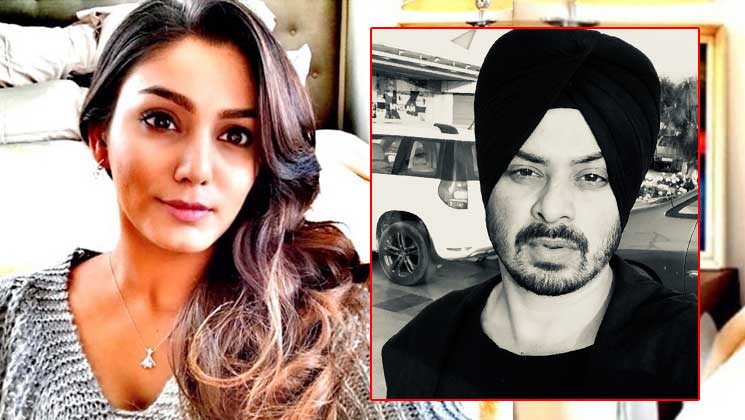 ‘Aadat Se Majboor’ fame actor Manmeet Grewal committed suicide as he was suffering from depression caused by the financial woes owing to the lockdown. Reportedly, Manmeet couldn’t even afford to pay the rent of his flat as his income was affected due to the ongoing lockdown.

Actress Sana Makbul, who played Manmeet’s sister in ‘Aadat Se Majboor’, is still unable able to process the reason behind his drastic step.

Speaking about Manmeet’s sudden demise, Sana told Times of India, “I received the news of his death, yesterday afternoon. It has not sunk in, yet. I had a very good equation with him. I used to call him paaji and he took care of me like his own sister. He would get gurudwara ka halwa for us. Usually, people move on and get busy with their lives once a show gets over, but he always kept in touch. He used to call me often and give me feedback about my shows. He always kept me updated about upcoming projects and pitched my name wherever he could. He was a fun-loving and helpful person.”

Manmeet hanged himself to death at his Navi Mumbai flat. As per a report in ABP news, the actor’s wife asked their neighbours to cut the dupatta from his neck while she was holding his hanging body, however, due to Coronavirus scare nobody came forward to help them.

Commenting on the reports, Sana said, “The incident is upsetting and saddening. But what’s even more upsetting is people’s apathy. When his wife was screaming for help as she held him by his legs, no one came to her rescue or cut the dupatta that he had used to hang himself. Apparently, people were scared that they would get coronavirus and hence, didn’t touch him. I don’t know if it’s true, but I read somewhere that he was still alive when his wife was crying for help. He would have been with us if someone had cut the dupatta.”

32-year-old Manmeet featured in shows like ‘Aadat Se Majboor’ and ‘Kuldeepak’ to name a few. He is survived by his wife.

IPL 2020: CSK Fail to Make Playoffs For the First Time in History

Chennai Super Kings failed to qualify for the playoffs for the first time in the history of the Indian Premier League. Languishing at the bottom spot in the points table, CSK needed
Read More

Men Who Were Lucky & Rumoured To Date Sushmita Sen.

Sushmita Sen has won the title of Miss Universe. She is the lady of everyone’s dream. Well, some men are lucky enough to know her more closely than others. We grew up hearing that unraveling som
Read More

Boris Johnson’s COVID Winter Plan to continue in UK till March 2021; will it work