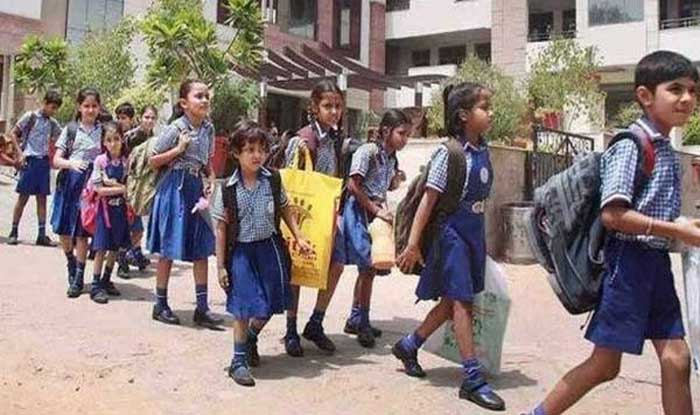 New Delhi: In view of the rising coronavirus cases, schools will remain closed in Maharashtra’s Aurangabad city till January 3, while those in rural areas of the district will reopen on November 23. Meanwhile, schools in Pune city will also remain closed for now and will not reopen from November 23 as decided earlier, an official announced on Saturday. Also Read – Maharashtra Shocker: Three-Year-Old Gangraped by 2 Minor Boys, Case Registered Under POCSO Act

Speaking at a press conference here, district collector Sunil Chavan said schools in Aurangabad city will be open only for teachers, while a decision will be taken for schools in Pune city after December 13. Also Read – Pune Police Unveils RK Laxman’s Iconic Common Man to Stress On Police-People Friendship

“Over 800 schools and junior colleges in rural parts of the district will reopen from November 23, as there are problems in conducting online classes in these areas and the spread of coronavirus is also less in these parts,” the collector said. Also Read – Half The Academic Year Gone But Many States in Dilemma Over Reopening Schools | Check Status Here

More than 11,000 teachers and non-teaching staff have undergone COVID-19 tests in the Aurangabad district and the majority of them who tested positive for the infection was from the city limits, the official said.

Municipal commissioner Astik Kumar Pande said schools in Aurangabad city will remain closed for students till January 3, while teachers will have access to the premises.

In other districts of Maharashtra too, reopening of schools and junior colleges has been postponed to avoid a further spread of the viral disease.

Schools will reopen in Osmanabad from November 23, district collector Kaustubh Divegaonkar stated in a release. However, residential schools will remain closed in the district, he said, adding that if such institutions wish to operate, they will have to keep their hostels shut.

At the same time, the decision on reopening schools in Pimpri Chinchwad has been postponed till November 30.

Blast from the past: When BR Chopra sued Madhubala

‘No need to be quarantined if asymptomatic’: Delhi govt to passengers arriving via trains

Delhi government has issued guidelines for passengers arriving in the national capital by trains as 15 special interstate passenger trains started operation on Tuesday.As per the stand
Read More

Shah Rukh Khan celebrates 28 years in Bollywood; says, “I believe my passionalism will see me through many more years”

Image Source - InstagramShah Rukh Khan is one of the biggest stars in Bollywood. The superstar has given innumerable hits to the industry and everyone still can’t get enough of him. He has been pa
Read More