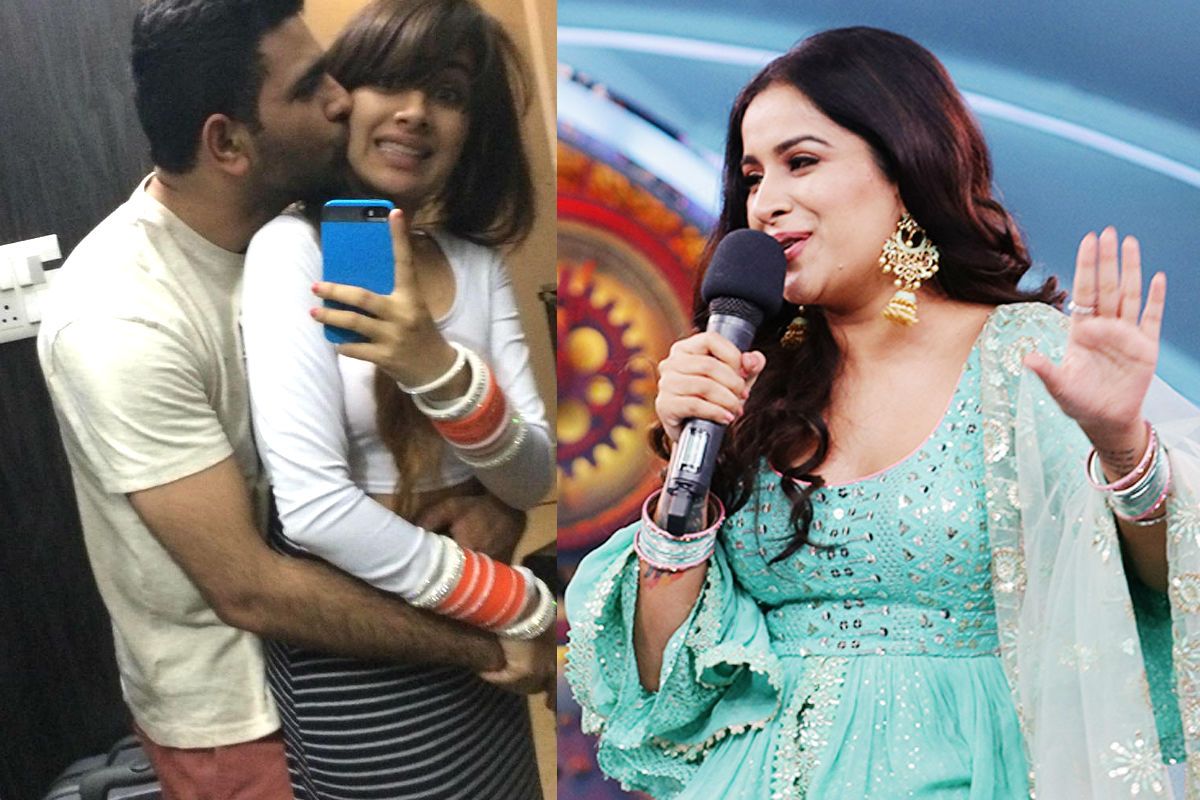 Bigg Boss 14 contestant Sara Gurpal opened up on the claims made by her ex-husband Tusshar Kumar. Speaking to Times of India post her eviction from the controversial show, she claimed that he is trying to gain 2-minutes of fame. She reveals that she doesn’t have a green card and that Tusshar is lying. She said, “I don’t understand why he chose to speak now and was quiet all this while. Why suddenly when I went inside Bigg Boss 14, he came out and spoke about it. Why suddenly you had to come out and talk? I want to ask him if he wants to go inside Bigg Boss 14? If I would have been flirting with boys in the house or behaving weird and then he would have come out and talked about all this I would have understood. But suddenly what made you speak. I don’t want to give him any limelight. He is making things out of nothing. He is himself saying in all the interviews that we have been separated since the last five years. When he is saying that means I am single. He wanted his 2 mins fame and that’s the reason he is doing all this.” Also Read – Bigg Boss 14 Weekend Ka Vaar Episode Highlights: Salman Khan Lashes Out at Rubina For Opting Out of Task, Eijaz Makes Jasmin Uncomfortable

Talking about the abusive relationship, she was quoted as saying, “He is no one to deny the allegations that I have made against him. It was an abusive relationship and he is no one to deny it. I will prove in the court. He can deny as much he wants in the media.” Also Read – Bigg Boss 14 Evicted Contestant Sara Gurpal Blames Sidharth Shukla For Her Eviction, Says ‘He Manipulated Hina, Gauahar’

“There were a lot of reasons behind our relationship going kaput. I don’t want to give him that importance. I proudly say that I am single because he has not been a part of my life since the last five years. I don’t want to give importance because he means nothing to me. He can continue talking about it. I regret the decision and keeping quiet with whatever happened with me. I should have not kept quiet the day it happened to me, I should have spoken about it. Now, I know what to do. He wants to pull me down and I don’t want to give him any importance. He should be ashamed for making such statements. Who gave him the right to defame me”, she added. Also Read – Bigg Boss 14: Sara Gurpal Shares Video Message After Unfair Eviction by Sidharth Shukla

Clarifying the claim that she married him for green card, she told TOI,“I want to clear one thing: the claim that he is making a statement that I married him for a Green Card is baseless. He is just making it up and lying. I ask him to come ahead and prove it. I never married a guy for a green card, I am an artist it is very easy for me to get a green card on the basis of my talent. I don’t have a Green card that itself proves he is lying. If I had a Green card what am I doing here? If he is making a statement that we did not get along and I left him for work, just see how he is stopping me to go ahead in life. I took a decision to stand for myself and I took a decision to not be in a relationship where I am getting hurt mentally, physically, emotionally. The entire Punjabi industry was looking for me where the hell I am. He took the decision and asked me to leave the industry and get out of here. He never wanted me to work as he was jealous. In that jealousy he came out with songs and now he is trying to get his two minutes fame again when I was inside the Bigg Boss 14 house. He has been torturing me on social media, through my family. He is posting my personal pictures everywhere. He is doing a lot and I don’t want anyone to give him footage. It is my personal thing and I want to deal with it personally.”

Anupam Kher is such a talent in the industry that he has portrayed an old man character many times when he was young. For instance, he debuted in Bollywood with the movie Saransh where he playe
Read More

Representational image It was on last December that the first known case of coronavirus was reported in a seafood market in Wuhan, China. Soon, the pathogen spread worldwide, and the World Health Or
Read More