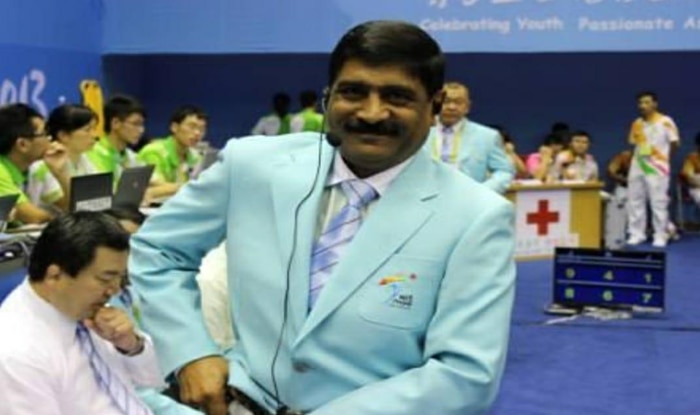 Judo may not enjoy the popularity of other sports like cricket or badminton in India, but it is surely drawing more interest and part of the credit goes to Munawar Anzar – a judoka himself who has represented the country in umpteen international, Asian, and national level competitions. Currently the Secretary of the Indian Blind and Para Judo Association, he also holds the unique distinction of being the only Paralympic referee from India to have officiated in the 2012 London Paralympics.

In an exclusive interview with India.com, the Amitabh Bachchan fan speaks about the scope of the sport, doping, and the rise in the number of young girls taking to the combat sport.

Initially, I was interested in hockey, and till class 10 was taking the sport seriously as India was one of the best in the sport. But things changed soon when my school organised a judo camp. We were kids brimming with enthusiasm and I did not think twice before attending the camp as it seemed pretty cool then. And the rest, as they say, is history.

It just happened. After winning many medals and accolades, I was asked to officiate a state-level contest in 1986 in Bombay (now Mumbai) and since then took it up seriously. In 1989, I passed my National Referee exam. In 1998, I officiated at the African Games where I also passed the International ‘A’ category exam for a referee. In 2012, I was appointed the referee for the Paralympics Games.

Doping in The Sport

It exists in Judo, as it does in any other physical sport. It is disturbing but our coaches here play an important role in guiding the athletes and discourage them from performance-enhancing drugs. Also, these days high-performance drugs are easily available, making it hard to monitor the athletes all the time. Hence, proper guidance is of utmost importance.

Women Taking to The Sport

Since the Nirbhaya episode, the number of girls taking to the sport has drastically risen – currently, the ratio would be 60:40 in favour of girls. It also is a positive sign as parents are sending their daughters to learn judo. It was not the case maybe 15-20 years back.

India is way behind compared to other nations. The governments there play an important role in promoting the sport which is not the case in India. But things are changing for the better.

The sport cannot compete with badminton or other sports but is on the rise. In the last decade, the number of aspiring judokas has increased in the country which is a good sign for the future. It has grown six times in the last 10 years.

We have gone digital with Judo practices by creating “e-Pathshala” for the judokas amid COVID-19 lockdown. It is something that also helps athletes keep negativity at bay.

Why Take up Judo

It not only helps you to defend yourself but also makes you mentally strong which is required in the fast-paced world today. And of course, it keeps you physically in great shape and builds strength.

(As told to Ankit Banerjee)

‘No allegation of any bias in NEP’: PM Modi on teaching in students’ mother tongue

Asserting that the National Education Policy (NEP) 2020 brought in by his government was free from any “bias or inclination” Prime Minister Narendra Modi on Friday strongly backed init
Read More
August 14, 20200

Priyanka Chopra and Nick Jonas is one power couple that excel in their work and are always up for exciting projects. The couple which is fondly called as Nickyanka by n
Read More

Rajiv Gandhi Foundation to be proved for violations, MHA sets up panel

The Union Ministry of Home Affairs has set up an inter-ministerial committee to probe the various violations of legal provisions by the Rajiv Gandhi Foundation, Rajiv G
Read More