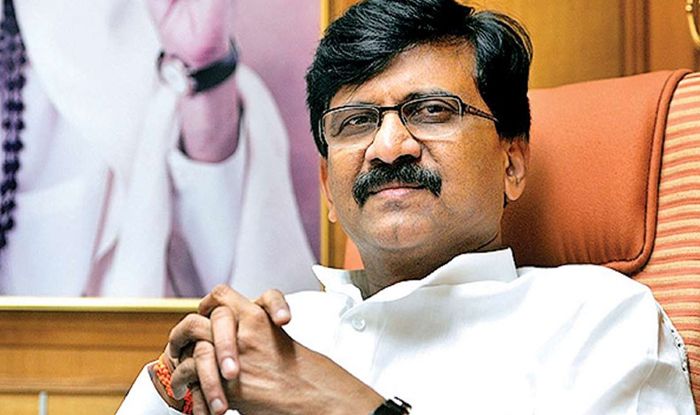 New Delhi: Shiv Sena leader and Rajya Sabha MP Sanjay Raut on Friday lambasted Uttar Pradesh police for allegedly manhandling Congress leader Rahul Gandhi when he was en route Hathras to meet the family members of the gangrape victim, who succumbed to her injuries this week. The manner in which UP police pushed him (Rahul Gandhi) it’s a ‘gangrape of a country’s democracy’. Also Read – Kangana Ranaut Says BMC is Now ‘Threatening Her Neighbours’ to Isolate Her Socially

“Rahul Gandhi is a national political leader. We may have differences with Congress but nobody can support Police’s behavior with him. His collar was caught and he was pushed to the ground, in a way its gangrape of country’s democracy”, said Raut. Also Read – ‘Is it a Sin to Discuss Politics?’ Asks Sanjay Raut as Political Circles Abuzz After Chandrakant Patil’s ‘Tea-biscuit’ Statement

Earlier on Thursday, high drama prevailed after Uttar Pradesh Police personnel pushed former Congress President Rahul Gandhi on the ground on the Yamuna Expressway and detained him, while he was walking towards Hathras. Also Read – Maharashtra: ‘No Political Talks’, Raut, Fadnavis Dismiss Rumours About Sena And BJP Patch-up

She added, “Three rape cases in UP came to the fore in two days. State’s Home Minister and CM haven’t spoken anything. I request PM that there should be a detailed inquiry. If the Yogi government is unable to work for women safety in the state, then they should resign.”

Image Source - InstagramLast week, on September 2, the government of India banned 118 Chinese application including popular gaming app PUBG. The ban has come in effect because of the current India
Read More

Realme 7 in for review

Realme is one of the few companies that actually managed to increase its sales during the first half of the year despite the pandemic, and seeing its currently lineup it will probably be able to
Read More

Coronavirus cases in India now stand at 85,940. This figure includes 30,152 recoveries, 2,752 casualties and one migration. According to the Ministry of Health and Family Welfare, more than 70 per c
Read More