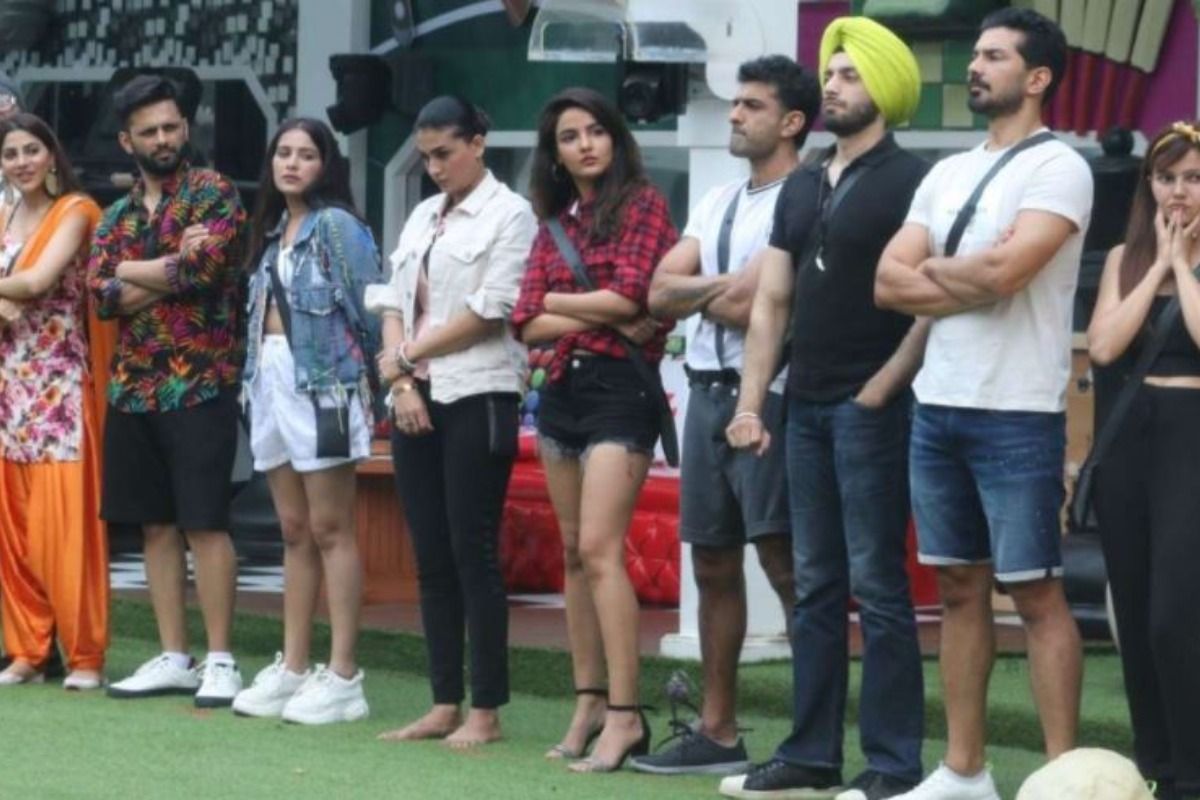 Bigg Boss 14: Tonight’s show begins with contestants waking up to ‘Disco Deewane’. Nikki starts ironing her ex-boyfriend’s boxers and fellow inmates have a fun time. Bigg Boss will be announcing surprise eviction and give the power to the ‘Toofani seniors’ to decide who among the nominated contestants will be evicted from the show. The announcement also leaves everyone in the house shocked and in dismay. Also Read – Bigg Boss 14 October 12 Episode: Nikki Tamboli Enjoys Power Over Other Contestant, Irons Ex-BF Boxers

Here Are The Major Highlights From The Show:

Nikki Tamboli is the first confirmed contestant of the house and has been given the charge of BB Mall, which means she will be distributing items to all the contestants. Her decision leaves Pavitra, Rahul Vaidya and Nishant upset. Also Read – Bigg Boss 14 Contestant Sara Gurpal’s Ex-Husband Opens Up on Their Split, Eijaz Khan’s Liking Towards Her

In the task, contestants are supposed to nominate two names who they want to nominate and give the reasoning for the same. All contestants take a dig at each other while nominating two inmates for eviction. Nishant, Rahul, Shezaad, Jaan, Sara, Eijaz, and Abhinav are nominated for eviction.

Toofani Seniors Given Powers To Eliminate One Nominated Contestant:

Toofani Seniors, Hina Khan, Gauahar Khan, and Sidharth Shukla are given the power to eliminate one contestant from the nominated ones. The announcement has left the inmates in shock and dismay and everyone starts talking about the elimination. Sidharth, Hina, and Gauahar differ in their opinion. Hina feels Rahul Vaidya should be eliminated while Gauahar feels Nishant should be evicted from the house. On the other hand, Sidharth feels Sara Gurpal should be eliminated as he finds her fake but the ladies want to give her doubt of benefit and Sidharth feels that Nishant and Rahul have potential and deserve another chance.

Toofani seniors, Hina Khan, Gauahar Khan, and Sidharth Shukla decide to eliminate Sara Gurpal. She leaves the house from the main entrance. Nishant and Rahul are in deep thoughts about their strategy as they were very close to get eliminated.

Image Source - InstagramActress Tamannaah Bhatia has tested Covid-19 positive. She was shooting for a web series in Hyderabad. As per a report in TV9 Telugu, a couple of days back she showed mild
Read More

Kareena Kapoor’s black athleisure by Puma is actually quite affordable!

Image Source - Instagram, Puma.comKareena Kapoor Khan is a fitness freak and she never misses her daily workout routine. Even when she hits the gym, she makes bold fashion statements with her gym
Read More