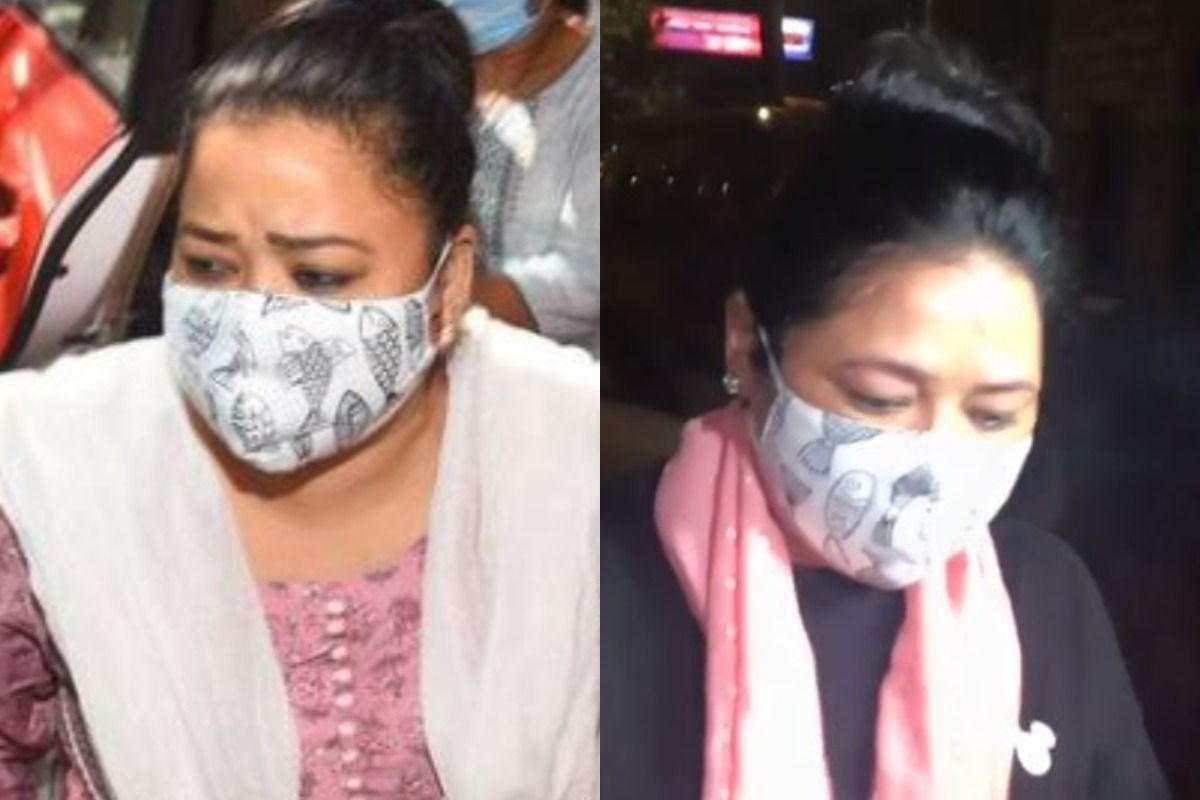 Comedian Bharti Singh’s family members reached at NCB office as she gets arrested and will be spending the night at the anti-narcotics agency’s office. She will be taken for her medical test tomorrow morning, post which she will be produced before the NDPS court. Also Read – Bharti Singh Arrested: Comedian To Spend Night at NCB Office, Will Be Produced Before NDPS Court on Sunday

Here Are The Key Developments That Took Place Today:

♦ The agency recovered several kinds of drugs including LSD and marijuana from the alleged peddler.

♦ Bharti and Harsh were detained and taken for investigations to the NCB offices in south Mumbai in separate vehicles where they were being questioned.

♦ The couple accepted the consumption of Ganja.

♦ Earlier this morning, the NCB teams landed at their premises in Andheri, Lokhandwala Complex and Versova areas and carried out search operations.

♦ As per the NCB officials quoted by the news agency PTI, Bharti Singh’s name emerged during questioning of a drug peddler and the search of her home ‘recovered a small amount of cannabis’ the official also shared that they also searched at the two other locations in Mumbai.

♦ This is the second celebrity arrest by the federal anti-narcotics agency after they arrested Rhea Chakraborty in September.

♦ Harsh and Bharti are a popular couple on the small screen and have admitted to consuming anti-narcotics substances, as revealed by the NCB.

Samsung working on Exynos 992 for the Note20 lineup

According to a report coming from a fairly reputable source, Samsung is working on revising the Exynos 990 chipset so it can better match the Snapdragon 865 and the new version will be used in th
Read More

Happy Things You Can Watch These Days!